If you are a basic cover 2 team, it is critical to ‘own the seam’ when playing against this offense.

We are a cover 3 team. Therefore, we must be able to defend the 4 vertical threat at all times. The fundamental and most important thing is to disrupt the route of the #2 and #3 receivers. #2‘s route angle and spacing down the field is the focus of the concept we call “owning the seam”.

We define the seam to own by the defender as the direct path of the receiver, 3.5 yards wide by 12 yards deep (Diagram 1). We want to disrupt the route with alignment, body positioning and physicality. We discuss a lot about hands on and rerouting out of the seam box. The point of owning the seam and not allowing the receiver to run his route in this area gives the defender a picture of what area is vital to the success of defending the vertical route. 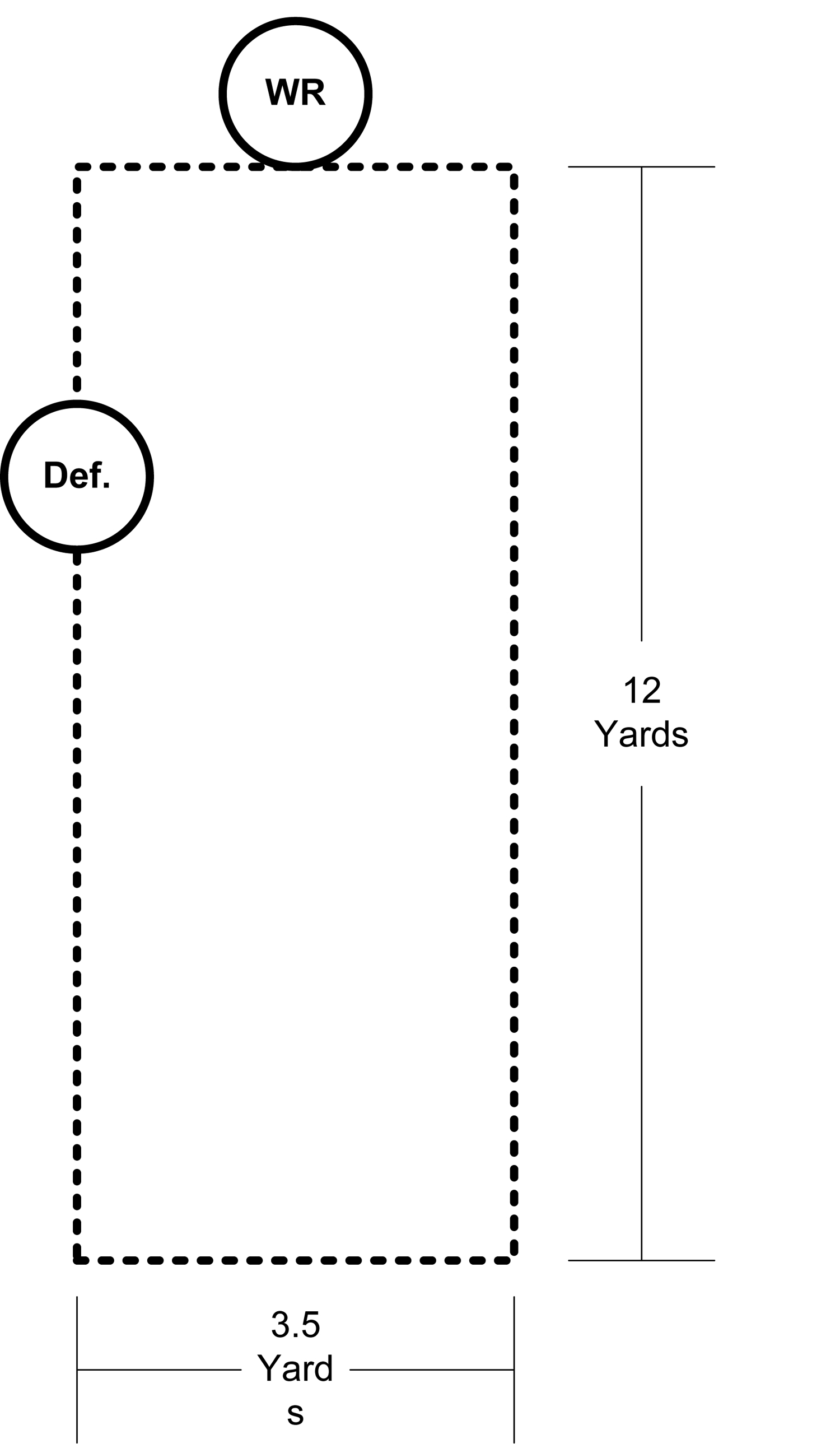 We drill this every day in both the spring and preseason and practice it every other day during the season. The main drill we use is simple. We paint or line the seam box with cones, giving a visual of the box. Also, filming and watching this drill allows the athlete to see how well he plays the own the seam technique. Coaching points that we stress are:

1.   Not  allowing an inside release.

2.   The defender trying to be too physical and taking himself out of position too much, thus opening an additional pass window.

3.  The defender not settling with depth and finding work when he has no flat threat (Diagram 2). 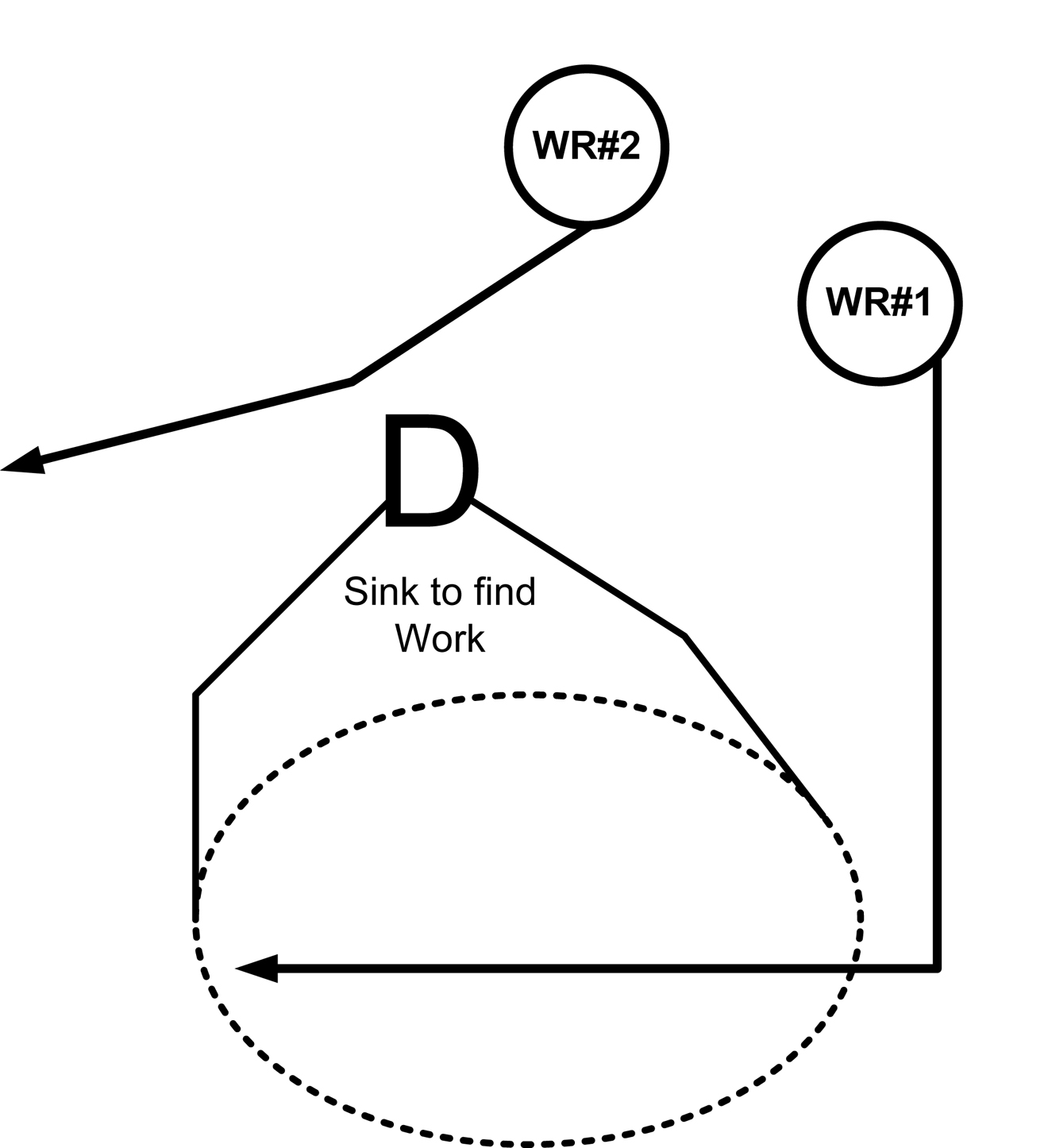 We will defend 3 X 1 by giving a two-high safety look then rolling down the safety to the 3 X side to own the seam and carry #3. The flat defender will own the seam on #2 and cover the flat (Diagram 3). 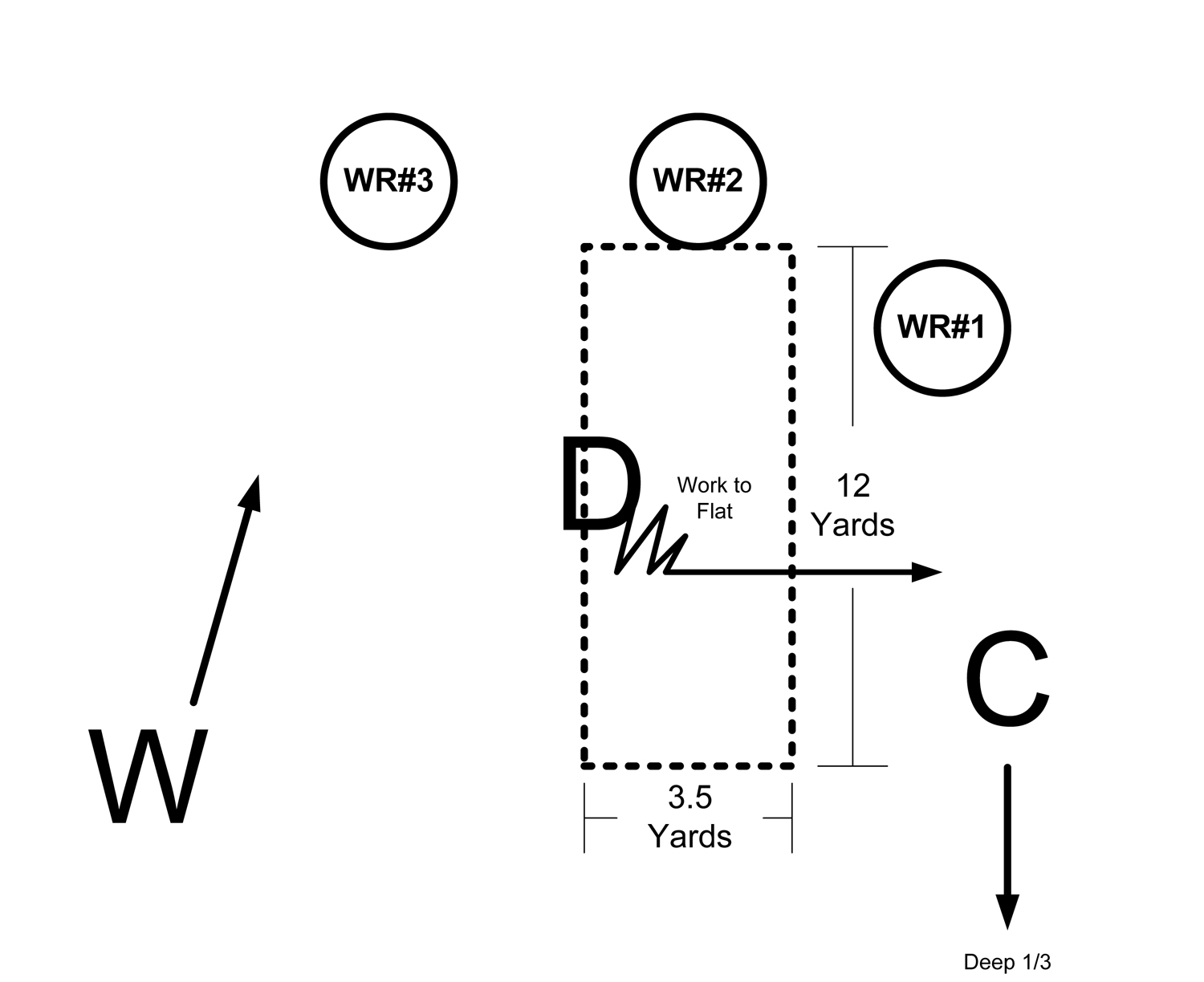 We have a “trade” call where we trade the #2 and #3 with the flat defender and safety. Now the safety has own the seam and flat responsibility. The flat defender (D) will own the seam on #3 and deliver him to the Mike linebacker or safety and then find work, a crosser or dig route (Diagram 4). 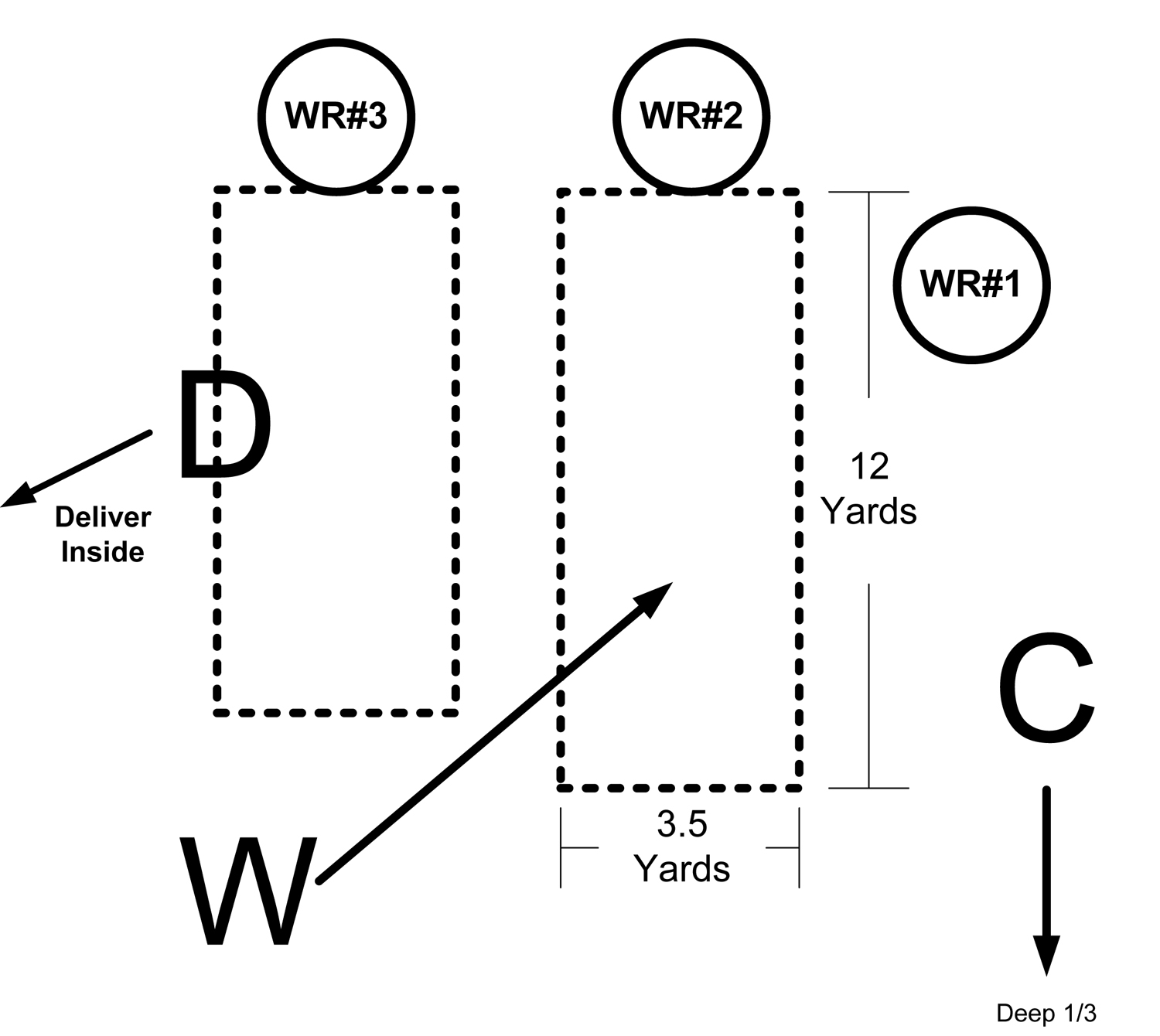 The other fundamental concept that we work is the corners splitting 2-deep verticals. We want to squeeze the inside (#2) vertical (which should be easier due to owning the seam), forcing the route to the corner. The corner must keep his depth, use the sideline as the advantage, squeeze the inside route and break on the ball. We work this concept with the corners only in a 2-vertical drill. The drill is simple using half the field, showing the corner 2-vertical routes and allowing the player to work his squeeze and depth without over playing one of the routes.

A coaching point to remember by ensuring coverage of the inside vertical route and forcing the boundary throw, this utilizes the sidelines as an additional defender.

About the Author: James Cheatham was selected as the new head coach at Miami South High School (OK) last December. He had been the defensive coordinator at Northeastern Oklahoma A & M College for the past four seasons. In his new position, Cheatham will also serve as the athletic director for Miami’s public schools.