The trips formation has multiple combinations of plays that can give a defensive coordinator coverage nightmares.

The 3 x 1 formation is an offensive set that puts your best athletes in a position to use their explosive movements in space. The quick slant on the single receiver side puts the defensive back on an island. The defensive back will be asked to tackle a receiver in open space.

The three-wide receiver side has endless combinations. An offensive coordinator can run highly effective screens, flop calls, and running plays that use motion to put your offense in high gear and destroy any defensive scheme.

To become a precision-timed passing attack, your quarterback and wide receivers will have to put in endless repetitions. Timing is critical. The shotgun snap must ignite the play. The snap has to be crisp and accurate to the quarterback. If the snap is low, high, or off to the side, the timing of the quick passing game will be compromised. Once the quarterback receives the snap, he must find the laces of the ball while making his read downfield. Once a decision is made, the quarterback must fire the ball with laser-like accuracy.

I have my quarterback and wide receivers throw and run routes on air. This will give them an understanding of why timing is paramount. Depending on your age level, this may take weeks to perfect. I then add a defensive back and work on different scenarios the DB may use such as using an inside shade to take away the slant. When I detect that my quarterback and wide receiver have confidence in beating a defensive back, I add an entire defensive unit. I will review possible scenarios the defensive unit will try to create (See base formation – Diagram 1). 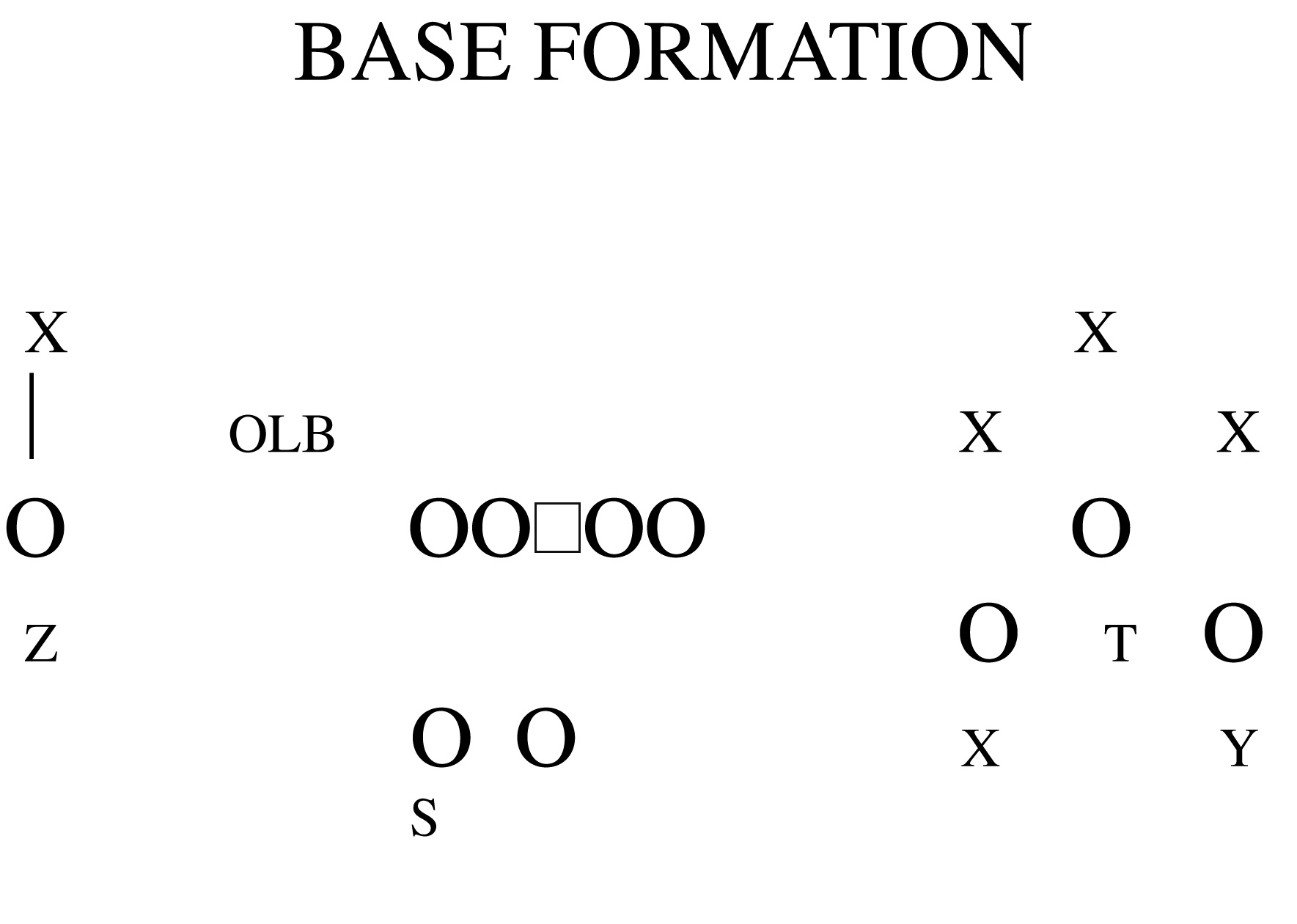 To execute the quick slant, the first thing the wide receiver has to do is come out of his stance like a rocket. This will cause the defensive back to backpedal thinking the wide receiver is going deep. On the third step of the slant, the receiver “sticks” his route. A stick move is a pressure step by the right or left foot depending on what side of the field the receiver is on. This pressure step will give your receiver an explosive base to accelerate into the slant.

I watch the cornerback closely, because he will start to jump the slant in an attempt to intercept the pass. Once I see this, I call for the slug-go route. This means the wide receiver will accelerate into his slant via the pressure step. He will then take three more steps and stick his route again and break vertically upfield. The quarterback pump fakes after the first stick move. The defensive back usually bites on the slant as the wide receiver accelerates upfield. The defensive back is now out of position from jumping the slant so he will never recover as the receiver should score an easy touchdown.

All wide receivers must explode out of their stances. The three-receiver side starts with the X receiver, who is lined up five yards from the tackle and offset approximately four yards off of the line of scrimmage. The X receiver runs a nine route which we tag as the Home Run Shot. The X will also help occupy one of the safeties in cover two. I am hoping the safety nearest the single receiver side will cheat over to defend against the Home Run Shot.

The Y receiver will line up five yards from the T receiver and off the line of scrimmage approximately four yards back. The X and Y should line up directly across from each other. The Y receiver will run a four-yard drag route. The four yards is reached after crossing the line of scrimmage. The Y will use a speed cut break into his route and run underneath the linebackers. This route is usually wide open. Lately, I have been using an explosive receiver to run the drag because no one accounts for him on the defensive side until the ball is caught.

I will also use a flop call. This tells the Z and X receivers to flop positions. I like the Z and X to have similar body types. A flop call is typically used in the second half after adjustments are made by the opponent. 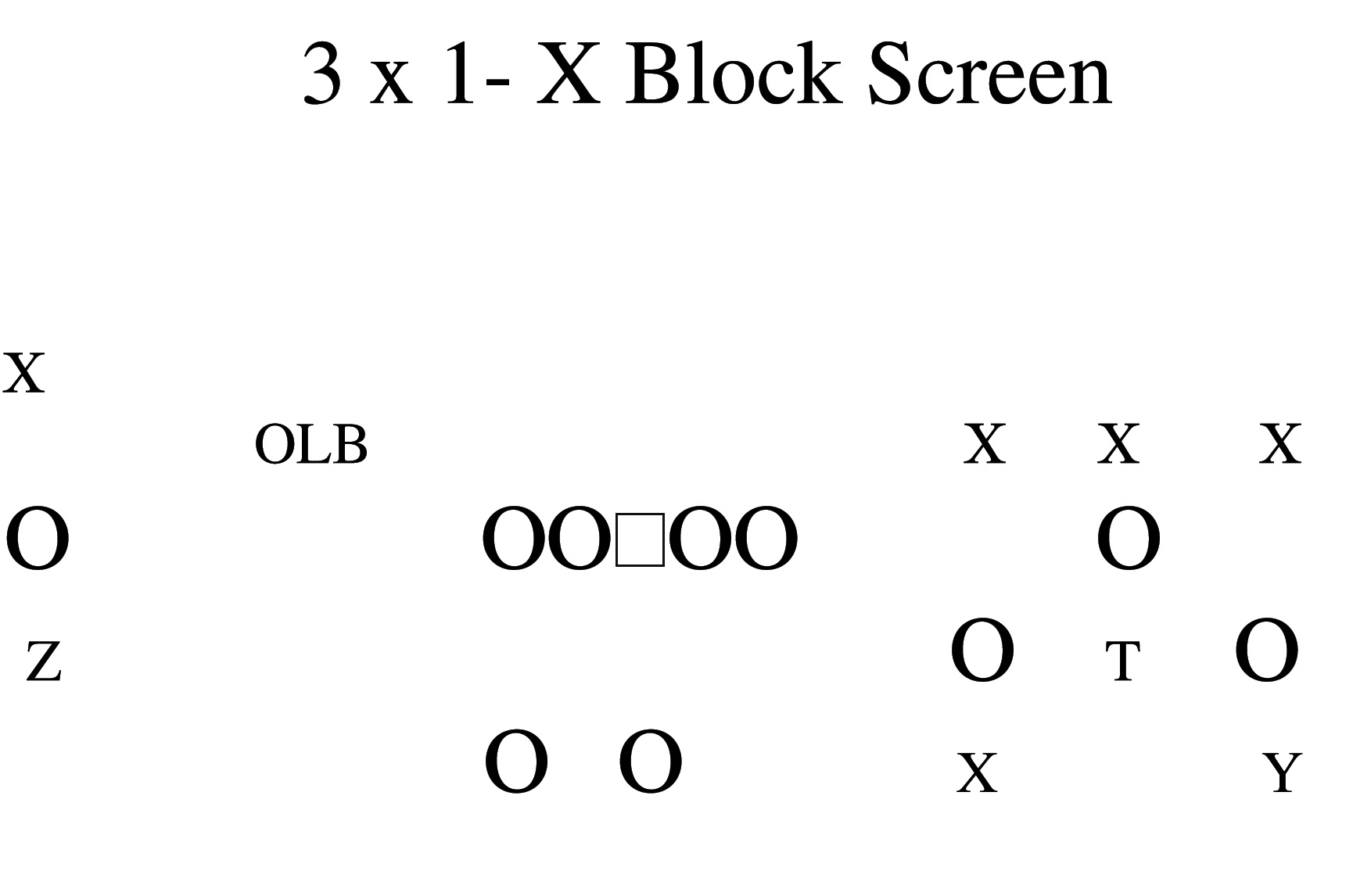 To perfect the quick passing game I feel you need to start throwing in January. This means getting your QB, wide receivers and your center together to work on the timing from snap to throw to catch. Your quarterback needs to set aside additional time to perfect his footwork.

As for the wide receivers, the hardest thing to get into their heads is to explode like a rocket off of the line of scrimmage. They must, without exception, be drilled constantly to explode from their stance. Your receivers must run precise routes that will enable them to defeat one-on-one battles with the defensive backs that are covering them.

Your center must, without exception, be a part of the off-season passing routine. The center must understand he is vital to ignite the play and the timing begins with him.

The off-season is an excellent time to practice different scenarios such as the two- minute offense, blitz reads, sight adjustment routes, and last play of the game routes. This high octane passing game cannot be implemented in August. The efficiency and accuracy of this precision timed passing attack will not yield touchdowns as it would if tuned up properly during the off-season.

About the Author: Doug Heslip is a Team USA Canton, OH assistant football coach and former Head Coach at Gwinn High School (MI). He has 15 years of coaching experience and is the founder of the ‘Hitch It and Rip It’ football camps. Heslip also serves as a member of the Congressional Youth Advisory Board.