A run play can be packaged with a quick screen or pass play which can disrupt the defense.

In Part I of this series we looked at ways that an offensive play caller might package concepts together to build more effective offensive schemes. In this part, we will look at how a coach might package a commonly called run play with a commonly utilized quick screen or quick pass play. The reasons a coach might want to package a run play with a quick pass or screen include:

•  Desire to always have the “right answer” on a play call.
•  Carry less offense into a game.

•  Get the ball into a playmaker’s hands.

•  Disrupt, disorient, and distort the defense.

The defense is forced to extend their coverage and also concern themselves with box integrity when these plays are packaged together. A common way to begin this packaged concept is to take a common run play such as the inside zone and marry it to the bubble screen (Diagram 1). A coach might also marry the counter trey run play with a fast screen to the perimeter (Diagram 2). 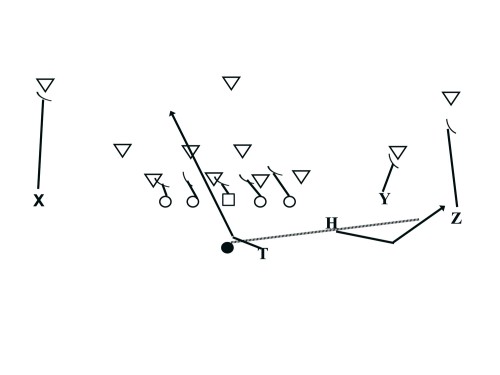 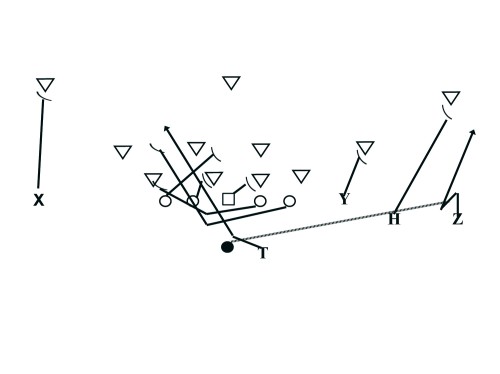 These plays are very effective because they force the defense to defend a screen pass on the edge of the formation while also defending a commonly used run play between the tackles. The fact that the ball is thrown behind the line of scrimmage allows the offensive linemen to go downfield and for the quarterback to make a last second decision as to where the football will go. This creates a style of football that forces the defense to be committed to playing assignments.

Run plays can also be packaged very effectively with quick passes as well. The inside zone can now be packaged with the traditional stick pass concept (Diagram 3). This package often confuses the middle and outside linebackers. The play happens so fast that the linemen will not be down the field far enough to cause a penalty before the quarterback executes the throw. Another easy concept to package together is the inside zone and the snag pass concept (Diagram 4). These concepts attack the linebackers and prevent them from ever getting an accurate key of where the offense is going to place the ball from one play to the next. 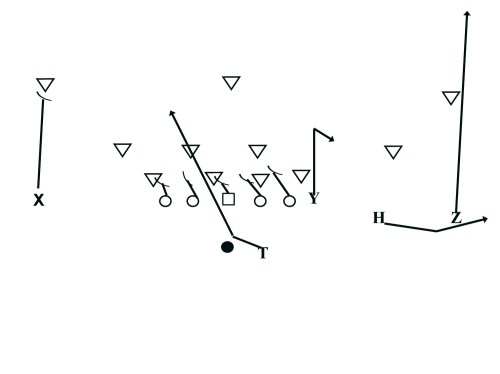 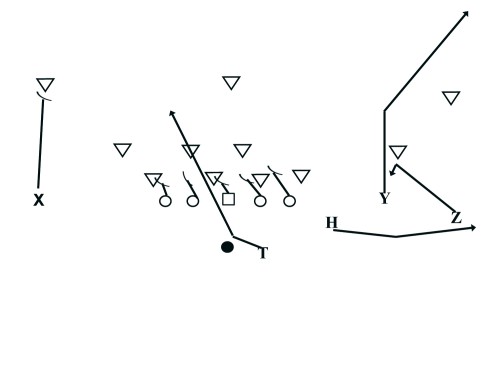 Packaging run plays with quick passes and screens keeps the defense from ever being able to accurately read their keys and play the game fast. The defense is conditioned to react slowly to the plays because they are never quite sure where the ball will end up until moments after the snap. This gives the offense a decided advantage on every packaged play. The possibility exists for a coach to package any commonly used run play with any other well run quick pass or screen and package an effective series of plays together to enhance offensive productivity. In Part III of this series, we will discuss packaging three concepts together.

About the Author:  Rich Hargitt is the assistant head coach and offensive coordinator at Ashbrook High School in Gastonia (NC). He is a frequent contributor to both “American Football Monthly” and Gridiron Strategies and his series of offensive DVDs is available at www.AFMvideos.com.